This week, the world saw dramatic scenes in Washington as a mob stormed the US Capitol building. Scenes like this are painful to watch but they also provide fascinating opportunities to learn lessons about leadership and the world we live in.

At the same time, the free software world has been coming to grips with the judicial complaints at least one woman has made against a free software organization, the Free Software Foundation Europe e.V. and its leader, Matthias Kirschner.

This is relevant for all of us in every free software organization. Try to put yourself in the shoes of a female employee or a volunteer, a foreigner in Germany, when they go into a court room and they are confronted by this vile defamation from somebody who claims, as President of an organization using the name Free Software, that he speaks on behalf of all of us.

Now stop for a moment and think of the woman shot during the riots in Washington. As an employee of the armed services, President Trump was not just a political leader, he was also commander in chief and therefore her boss. As both an American and a soldier, even if her conduct looks outrageous to many of us, she believed she belonged there.

The communications of both these presidents, Kirschner's vile campaigns of vilification against multiple women and volunteers and Trump's call to resist, resonated with each of these women in ways that outsiders may never appreciate.

The stories of these "leaders" are intertwined and among other things, begin on the birthday of one notable volunteer, the former Fellowship representative.

9 November 1989 is the day that a mob began pulling down the Berlin Wall. As a thought exercise, how would censors at Twitter or Facebook decide which side to take in such an event? Would they focus on the short term risk to human life or the long term benefit of democracy in former communist states? Should they make such decisions at all?

On 9 November 2016, that same birthday, the world woke up to the news that Donald Trump had been elected president of the United States. His most famous policy involved building a wall.

Now there is this White House briefing room scene for OBS Studio so you can all peacefully simulate a visit to the White House during President Trump's absence from social media. OBS Studio is free software, that means it is free for everybody to download and use, whether you are a president or not.

President Trump has shown us the promise of democracy: anyone can be president. Now let free software do the rest.

The censorship question, Silicon Valley against the US constitution

Having mentioned censorship, we can't resist the urge to put Mark Zuckerberg in his place.

Twitter, Google-Youtube and Facebook all censored the US President. Many people will not lose sleep over that decision.

It is at exactly this time that Silicon Valley overlords will arrive and pretend to be saviors. They are wolves in sheep's clothing.

If you sincerely care about the loss of human life, contemplate the hundreds of thousands of Americans who died under Trump's Coronavirus response. Silicon Valley did little to restrain him when he advised people not to wear face masks, a far more deadly policy than the riots.

Why did Twitter and friends stop procrastinating and finally cut him off on 7 January 2021? Was it because of the loss of life at the US Capitol or was it because on the same day, voters in Georgia had just given the incoming president control of the US Senate?

When Trump advised the US population to drink or inject bleach, nobody took any action against him.

Google, Twitter and Facebook tolerated Trump while hundreds of thousands of people were dying. They feared another four years of his rule. When the run-off vote in Georgia banished the Republicans, Silicon Valley had no more use for Trump and they cut him loose. Had Trump remained in office or had the Republicans won Georgia, Trump would still be tweeting today. Hundreds of thousands of dead Coronavirus patients wouldn't be mentioned. Silicon Valley's intervention was entirely self-serving.

Nominating for the FSFE elections

Shortly after that birthday surprise in 2016, the volunteer submitted his nomination for the role of Fellowship Representative in the elections of FSFE.

Ever since then, he's been subjected to something that the former leader of Debian described as a campaign of harassment.

Even before the US election in November 2020, media outlets leaked details about a Trump conspiracy to undermine the vote. While FSFE's fellows were deciding how to vote in 2017, FSFE's management were secretly discussing how to avoid further elections:

Since losing the US election in November 2020, President Trump has behaved like a giant toddler stamping his foot.

On a daily basis, this reminded us of the state of free software organizations. From the disappearance of a nomination email in the Fedora Council elections and removal of a volunteer from the Debian keyring days before nominations opened in 2019 and the situation in FSFE.

Yet just a few months later, the president, Matthias Kirschner, used his executive power to give the same General Assembly voting rights to the loser, Snow, in effect, changing the result of the election.


After all the positive feedback by you, I have now accepted Florian as member to be officially confirmed at the next general assembly.

The community had voted for somebody else but Kirschner needed to have another white German male. We've never seen anything like this in any other country. What was he looking for with this move, an emotional support animal? If we really care about diversity, we have to consider that this same psychology made it impossible for Kirschner to work with women as equals, so he fired them all.

The way that Snow entered the General Assembly, despite losing the election, is what came to mind when we saw people clambering into the US Senate. 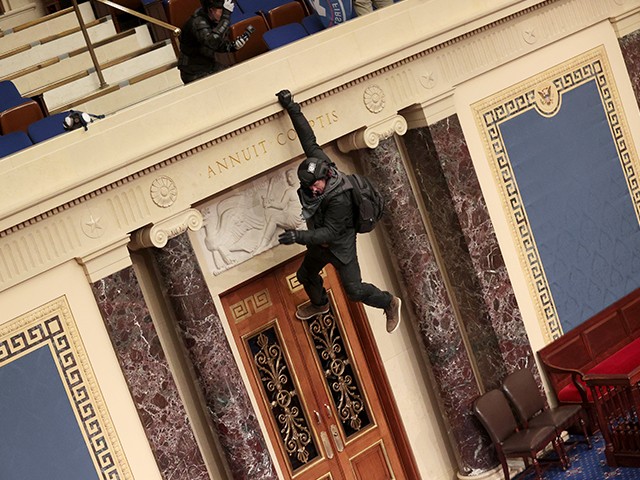 Elections were just an illusion

It turns out that everything FSFE gave us, the Fellowship smart cards with our names on them, like membership cards, the fsfe.org email addresses and even the elections were just a gimmick to make us feel like members without really being members.

In other words, these Fellowships were comparable to investments in funds operated by Bernard Madoff or Allen Stanford. Their ponzi schemes gave investors bank statements showing balances that didn't exist while FSFE voting gave us a feeling of membership that didn't really exist.

Challenging such deceptions was the responsibility of the elected respresentative. If the representative doesn't call out something like this, they are not doing their job properly. Yet whenever this volunteer asked about it, the only reply was Kirschner's fury. When FSFE's female employees wrote about asking for equal pay, we could relate to their words completely in the quest for volunteers to have equal voting:

A female colleague and me had dared to discuss wage transparency and gender pay gap in the office. Apparently it is common in Germany that this gap exceeds 20%, but we both felt secure that the free software movement is progressive, and cares about being inclusive and equal opportunities oriented. Unfortunately we miscalculated – our boss Matthias was beyond furious. After that office meeting, he told my colleague “there will be consequences”.

Another round of censorship

The woman in question writes about defamation in particular:

The court process was taxing. The FSFE lawyer made up easily disprovable slanders against me – and I say “easily” because their charges were demonstrably false, but of course finding evidence that is also admissible in the conservative German court system did not do much good for my stress levels over summer. They disrespected the court by not submitting papers on time, and they refused to answer my allegations, opting instead to portray me as a disobedient, sexist, racist, incompetent belligerent. Why did they give such a person a permanent contract after a six month probation period?

People noticed that after the elected representative resigned in disgust from the FSFE, his blog was censored from Planet Fedora, Planet Mozilla, Planet Ubuntu and Planet Debian. There are regular reports of emails being sent behind his back. Several people leaked an email from Kirschner about how he wanted to gather information:

What is the purpose of such a communication which is clearly illegal under the GDPR? Did Kirschner hope to obtain information with which to coerce or discredit a representative elected by the community, just as Trump has tried to discredit the US elections?

At the point Kirschner wrote that email, the volunteer was no longer a member of FSFE. Kirschner's methods and motives were completely illegal under the GDPR, just as Trump's attempts to cling on to power are illegal.

We could think of the US Capitol, rather than the White House, as the home of US democracy. How would this woman feel about the president of the Free Software organization going to her home against her will?

A weekend of non-stop calls followed, including from hidden phone numbers. He even texted telling me I should answer my phone, for my own better. Even after my lawyer warned him to terminate all attempts to communicate with me and send someone else to pick up my work laptop, he came in person to my house, and was very irritated that I was not alone.

This is incredible stuff.

Take a moment to put yourself in this woman's shoes, imagine your boss arriving at your home anticipating he would find you alone.

Now imagine if this woman has spent much of her life in the free software world, she volunteers for other groups, maybe Fedora or Mozilla and she attends one of their booths at an event. How is she going to feel if she is standing at a Fedora booth or Mozilla booth and it is right beside the FSFE booth, right beside the man who violated her home in this way?

A few weeks ago, a volunteer politely asked on the Fedora Council mailing list whether it was appropriate for Red Hat to give money to Kirschner's group. Kirschner's behavior at this woman's home is no more tolerable than Trump's behavior at the US Capitol.

After Kirschner used his executive authority to grant Florian Snow voting rights in the FSFE, Kirschner then put Snow in charge of the communications from the representative elected by the Fellows. This was a hideous snub to democracy, matched only by the antics of Trump and his mob:

Posting of your message titled "Re: FSFE and censorship - not true?"

Snow, the interloper, shutting down debate, just as interlopers shut down the US Capitol... 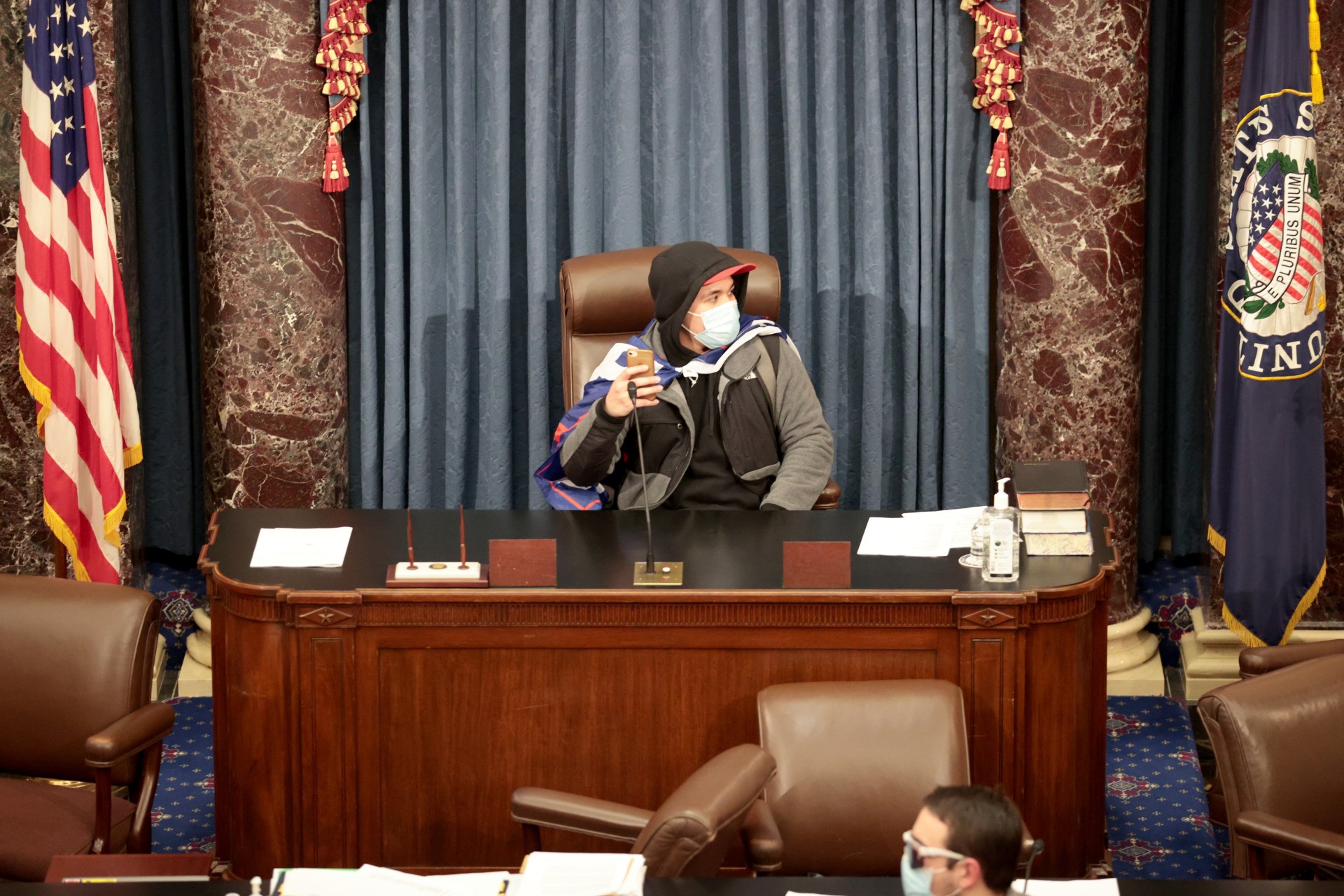