One of the ironies of the Taliban's victory in Afghanistan is that they are willing to forgive and assimilate soldiers who fought against them but they want to torture and kill those who criticized them.

In other words, the Taliban are much like the Community Team in a free software organization. We've seen Debian, Fedora, Mozilla and FSFE all enacting retribution against volunteers who ask basic questions about their finances and quest for Outreachy girlfriends.

There is nothing funny about this. The previous Taliban regime enforced their Code of Conduct by stoning people to death. Sage Sharp would be so proud of them. One of America's biggest allies in the region, Saudi Arabia, is equally enthusiastic about their Code of Conduct. The US munitions confiscated by the Taliban are inconsequential when compared to the US sale of arms to Saudi Arabia and Israel. Saudi policy on women has improved and they deserve credit for that. It will be interesting to see if the Taliban will also provide an app that makes it easier for women to get permission from their husbands and fathers.

Debian volunteers have recently complained about the way everybody from Dr Norbert Preining to Linus Torvalds have been censored in the quest for obedience. Free speech in Afghanistan and free speech in free software organizations are equally punished. 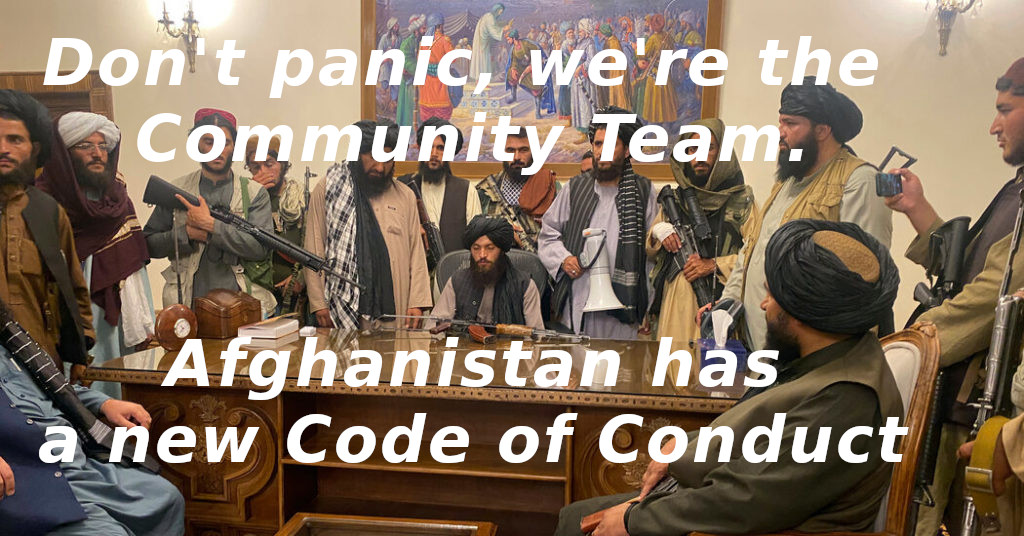