FSFE, one of Google's mouthpieces in the free software world, has announced a dubious competition called Youth Hacking 4 Freedom.

The target audience is between 14 and 18 years of age. Participants compete by working for free. There are numerous cases where people completed work for Google Summer of Code and they were not paid yet the rules for YH4F are even worse and the victims are younger. Google Code-In was a similar program targetting teenagers between 13 and 17 years. Google gave the child laborers t-shirts and certificates in lieu of payment. It looks like ethical concerns may have been a factor in Google's decision to mothball the Google Code-In last year. Yet a program that is even more demanding has appeared in a Google proxy organization, the FSFE.

In July 2019, the UN General Assembly resolved to make 2021 the international year for the eradication of child labor.

Stephanie Taylor of Google announced the 2019 edition of Google Code-In would be the last time. Taylor didn't mention the recent UN resolution, it is just a coincidence.

Specifically, the rules that these children joining this new program must obey state the following:

From Monday 1 November 2021 to Thursday 31 March 2022, you will have five months to come up with an idea for a Free Software program and write it.

Writing software is a job that requires certain skill and deserves to be paid. Yet only six of the participants will receive any payment. The others must work for free.

Five months is a lot of work. Children in this age group have no prior experience of estimating the number of hours required to complete a project over this timespan. Some may start projects and then give up without any prospect of payment for the hours they already worked.

To be considered for the prize, the participants are told that they must publish all their code under a free software license: in other words, they must give up all rights to any future payment. This doesn't happen in any other industry, certainly not with children.

The maximum prize is €4,096. That is more than a year's salary for many university students in eastern European countries. It appears that these are the regions where Google/FSFE is hoping to entice children. This has happened before, the Wikipedia page about forced labor in Germany has chosen a picture of a 14 year old boy from Ukraine in a German factory. FSFE headquarters are in Berlin.

2021 is the ILO's International Year to End Child Labor. The Facebook whistleblower Frances Haugen was giving testimony in the US Senate today about the way Mark Zuckerberg and Facebook employees systematically target children. Google/FSFE doesn't seem to get it. 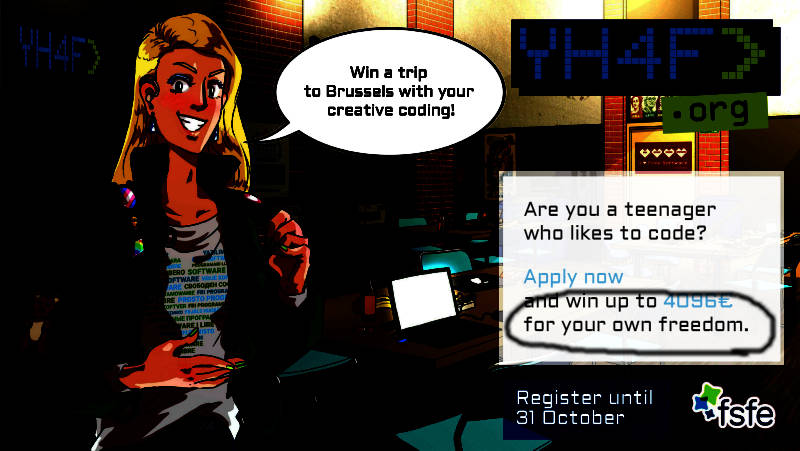 Google/FSFE makes the following assertion on their marketing banner:

Apply now and win up to 4096€ for your own freedom

Yet a Free Software license is not about the freedom of the producers, it is about the freedom of the consumers. FSFE's sponsors past and present include the largest corporations in the world. Some of those companies are the largest consumers of Freedom and Free Software. They may not want to have the risks of child labor, as young as 14, in their supply chain. Some private donors have announced they are quitting the FSFE after seeing this.

Google/FSFE are not the first to promote working for free. The gates to infamous concentration camps like Auschwitz bear the words ARBEIT MACHT FREI (Working for Freedom)

Some 1.5 million children died in four years during the Holocaust. That is 375,000 children per year from 1941 to 1945. Today, globally, 2,780,000 children die from child labor each year. This is one of the few cases where comparison to statistics from the Holocaust may be appropriate. Google/FSFE's five-month unpaid internships for 14 year olds are simply wrong. 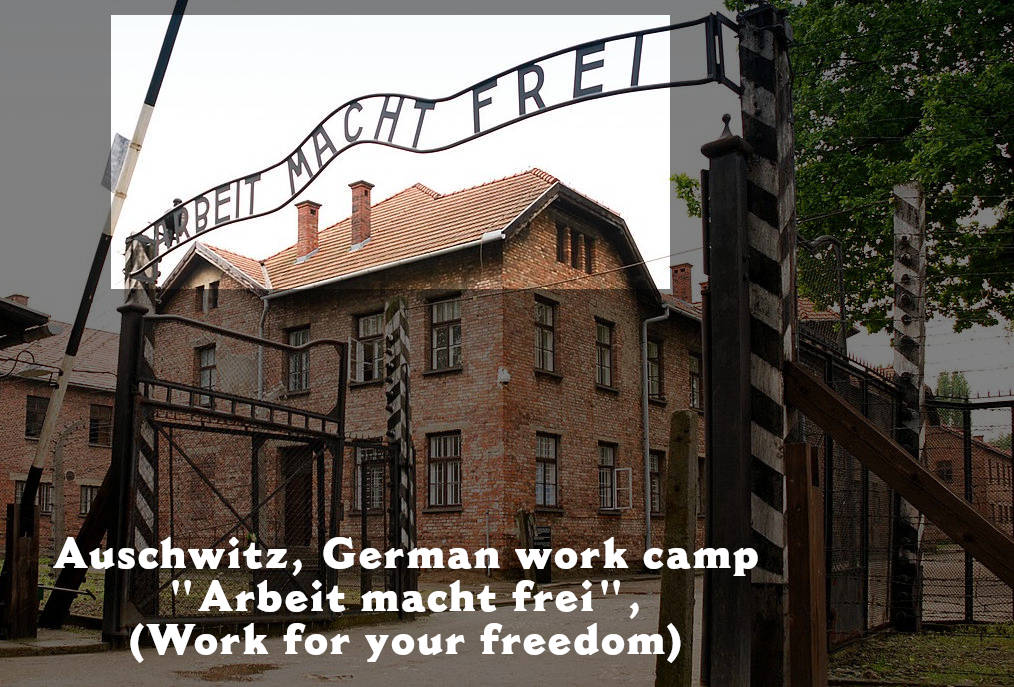