This Saturday, 9 November 2019, is the 30th anniversary of the end of the Berlin Wall.

There has been a lot of news this week about the techniques the Stasi used to oppress people. Consider this article in The Guardian:

A 1976 directive by the head of the Stasi, Erich Mielke, proposes a catalogue of methods of psychological warfare called Zersetzung – a pseudo-scientific term for psychological warfare, literally meaning “biodegradation”. Enemies of the state, Mielke instructed, should have their reputation “systematically discredited” by spreading “untrue” but “credible, non-refutable” rumours. To destroy their enemies’ self-confidence, the Stasi would “systematically organise professional and social disappointments”.

When we read the (defamation redacted by satire) minutes of the 2019 FSFE annual meeting, we see the same thing: a motion has been passed deciding that the community elected representative has to be blamed for everything that is wrong in the world. The text of the motion is irrelevant: the key point is that bunch of supposedly grown-up German males are getting together to whine about a volunteer who resigned over a year ago. This is no accidental slip of gaslighting: the minutes show that 11 people travelled to Essen on 12 October 2019, meeting at the LinuxHotel and making a formal resolution to continue in the footsteps of the GDR's secret police. The minutes do not include any positive plans for the next 12 months: just some administrative changes and the resolution to pursue a vendetta. Would Stasi predecessors feel a tingle of pride reading the unredacted version of the document, dripping with character assassination?

Corrupt elements of the FSFE management were already running evil campaigns like this in private emails before the Fellowship migrated to the fsfellowship.eu mailing list in May. In a #MeToo moment for Free Software, the former community representative called them out, leaking this quote from Herr Matthias Kirschner, FSFE president. Kirschner describes a conspiracy with former Debian Project Leader (DPL) Chris Lamb:

Chilling. Can we put the Stasi back in their box for another 30 years please?

Debian was just receiving that secret $300,000 from Google and FSFE had secretly received EUR 75,000 from Google. Is it any coincidence they both simultaneously decide to betray and snitch on volunteers who questioned Google's dirty influence in free and open source software?

If you are concerned about governance standards in the Free Software community, please join the independent Free Software Fellowship mailing list and follow our RSS news feed.

FSFE's resolution to formally adopt Stasi tactics to abuse this volunteer is particularly ironic as the day the Berlin Wall came down is also the volunteer's birthday. 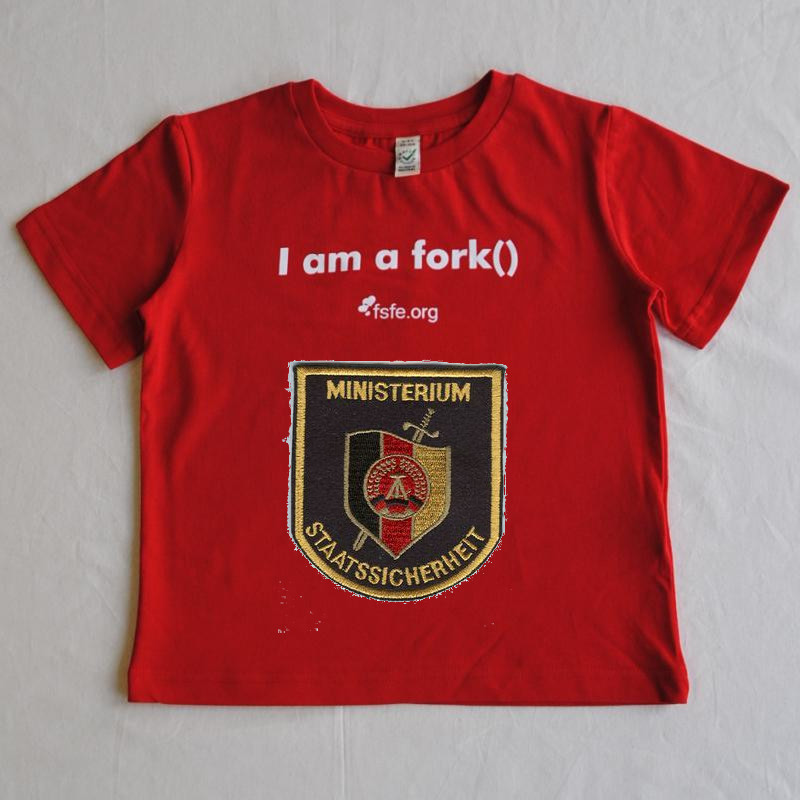