As FSFE's community begins exploring our future, I thought it would be helpful to start with a visual guide to the current structure.

All the information I've gathered here is publicly available but people rarely see it in one place, hence the heading. There is no suggestion that anything has been deliberately hidden.

The drawing at the bottom includes Venn diagrams to show the overlapping relationships clearly and visually. For example, in the circle for the General Assembly, all the numbers add up to 29, the total number of people listed on the "People" page of the web site. In the circle for Council, there are 4 people in total and in the circle for Staff, there are 6 people, 2 of them also in Council and 4 of them in the GA but not council.

The financial figures on this diagram are taken from the 2016 financial summary. The summary published by FSFE is very basic so the exact amount paid in salaries is not clear, the number in the Staff circle probably pays a lot more than just salaries and I feel FSFE gets good value for this money.

Some observations about the numbers:

If you ever clicked the "Join the FSFE" button or filled out the "Join the FSFE" form on the FSFE web site and made a payment, did you believe you were becoming a member with an equal vote? If so, one procedure you can follow is to contact the president as described here and ask to be recognized as a full member. I feel it is important for everybody who filled out the "Join" form to clarify their rights and their status before the constitutional change is made.

I have not presented these figures to create conflict between staff and volunteers. Both have an important role to play. Many people who contribute time or money to FSFE are very satisfied with the concept that "somebody else" (the staff) can do difficult and sometimes tedious work for the organization's mission and software freedom in general. As I've been elected as a fellowship representative, I feel a responsibility to ensure the people I represent are adequately informed about the organization and their relationship with it and I hope these notes and the diagram helps to fulfil that responsibility.

If anybody has time to make a better diagram it would be very welcome. 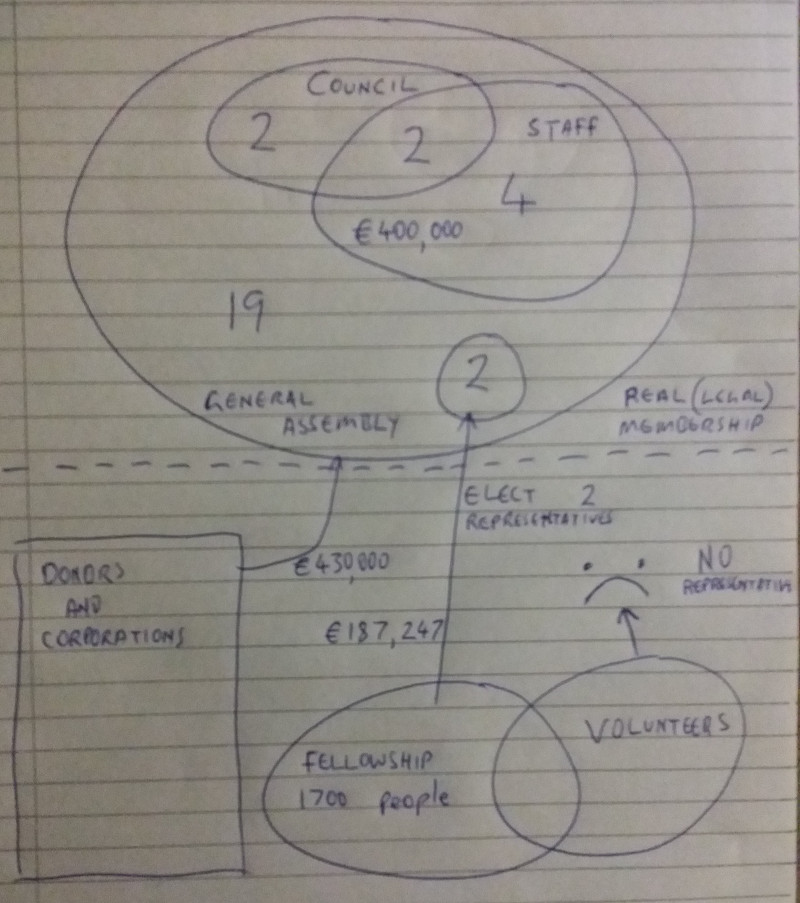 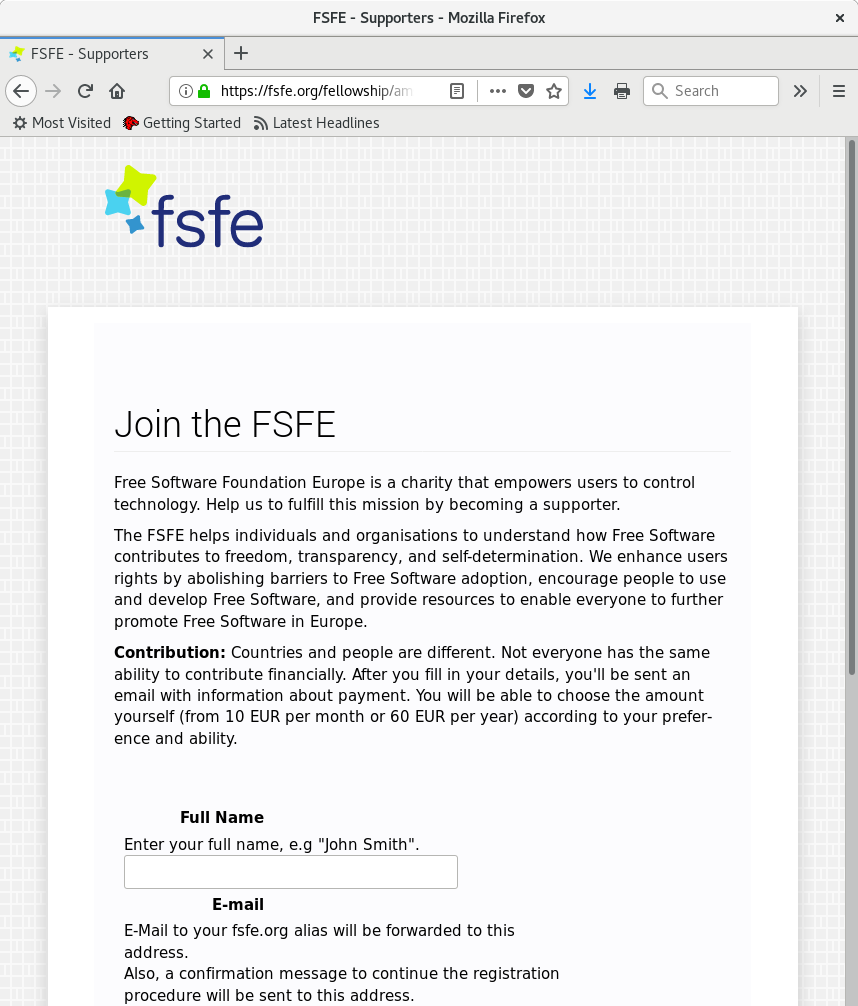